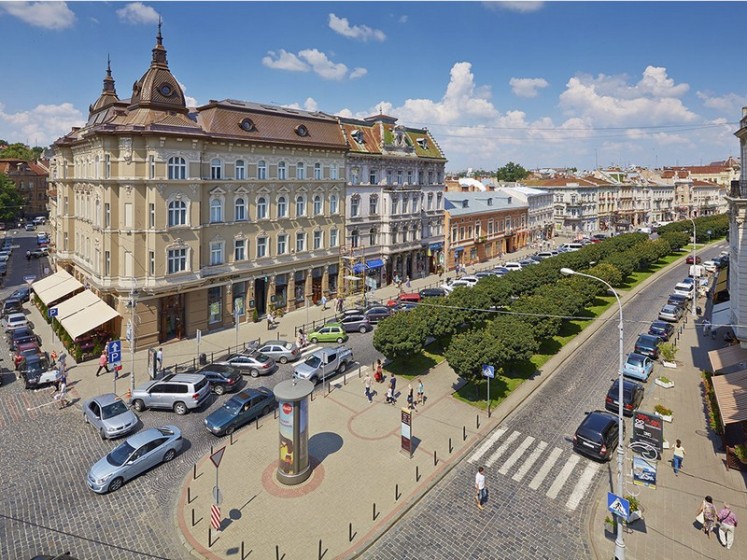 With the establishment of independence in Ukraine, Lviv began to be considered the capital of Western Ukraine. Due to the narrow, old streets and a large number of historical monuments - Lviv is one of the best cities in the country. The western capital captivates with grandeur. Having been here once you will warmly remember this city, and the desire to return here will live in your heart forever.

In the 13th century, the Galician prince Daniel founded the fortress and named in honor of his first-born son - Lviv. The symbol of the city is the lion. For a long time Lviv was the main city of Western Ukraine.
Now its main street is Liberty Avenue. It houses the National Museum. In general, Lviv has a lot of museums, which feature different and interesting exhibits. In Lviv, there are many monuments dedicated to Ukrainian figures - Mikhail Grushevsky, Taras Shevchenko, Ivan Franko and others.
The Lviv Art Gallery is also known. It has many paintings, and is considered one of the largest in Europe. The city of Leo impresses tourists with the number of churches and monasteries. The most famous and most visited among them are: Roman Catholic Cathedral, Assumption Church, St. George's Cathedral, Jesuit Church.

• Lviv is called the Second Misty Albion of Europe. After all, it is here that the greatest amount of rain falls;
• According to research, in the city of Leo they drink the same amount of coffee and beer as water;
• The world's first Sala Museum was opened in Lviv;
• Lviv - the city in which the largest number of museums in Ukraine. It houses 60 different museums;
• Lviv has more than 2500 historical and architectural monuments. Therefore, now the city is under the protection of UNESCO;
• There are many students in the city. One in five is a student;
• The city of Leo is one of the seven largest cities in Ukraine. The population of the city is about 800,000 inhabitants;
• From its founding to the present, the "capital" of Western Ukraine has been ruled by eight different states;
• One of the largest airports in Eastern Europe is located in Lviv. The opening of the airport took place in 2012 .;
• The largest book festival in Ukraine is held annually in Lviv, and it is called the "Forum of Publishers in Lviv";
• In Lviv there is a house that depicts a crossword puzzle and a portrait of Taras Shevchenko;
• Lviv played a large role in the musical life of Ukrainians. It was here that the rock group "Ocean of Elsa" was created. From the city of Leo, the groups of Scriabin and Crying of Yeremia, Ruslan Lyzhichko and the Brothers Gadyukins began their activities;
• Lviv is considered the city of inventors. Because they invented a kerosene lamp, opened the first hotel, met the first train in Ukraine and opened the first school;
• In 2014, a generator was installed on one of the squares of Lviv. Everyone can recharge the gadget just by pedaling;
• There is an unusual street in the city. Its feature is that every year it has another name;
• Lviv is famous all over the world for its monuments: smile, backpack and Chimney sweep;
• The first football match in Ukraine took place in Lviv, back in 1894.

When traveling, one should not forget about the native village or city. And if you are from Kiev, then you should not forget about our Ossetian pies. Wherever you are, always remember that our couriers will deliver the order directly to your home or office. Unfortunately, our pies can only be ordered in Kiev. However, our plans are to open new horizons, and conquer Ukrainian cities with our delicious cakes.
Товар добавлен
Перейти в корзину
Callback
Letter to the director
Sign up
Enter