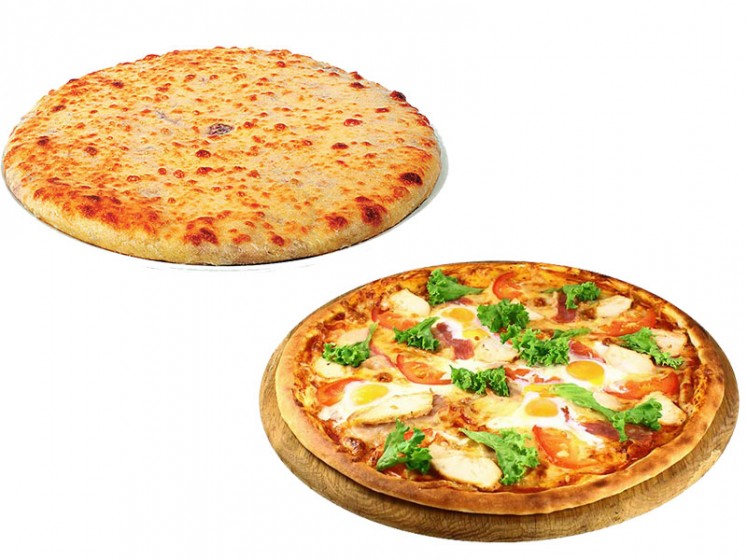 Ukraine has its own rich original culture, including culinary. Borsch, dumplings and cheesecakes are known all over the world. However, foreign cuisine is also very popular. Especially the one that can quickly and tasty satisfy the appetite.

At the moment, in Kiev, Ossetian pies and pizza are in the greatest demand among fast foods. These dishes are most often ordered at lunchtime by students, office workers and representatives of other professions. What is common between pizza and Ossetian pies? The advantages and disadvantages of each of these dishes?

Pizza - is it an ineptly made Ossetian pie?

The legend says…
Once, after the ancient Greeks, the legions of the Roman Empire reached the coast of the Caucasus. The warriors and their bosses were delighted with traditional Ossetian pies. According to them - it was the perfect food for long grueling campaigns. Hearty pastries have not spoiled for a long time and retained their high nutritional qualities. In addition, the advantage of Ossetian pies was a large number of variations of the filling. What did the dinner of the Romans not only hearty, but also varied and tasty.

Cooks of the Roman army brought the secret of Ossetian pies to their homeland, in Italy. But, whether the Italians did not have enough skills, or the ingredients of the Mediterranean have no such characteristics as Caucasian water, flour, herbs and spices. But, having failed to create pies similar to Ossetians - with a thin layer of text above and below, Italian chefs created a pizza, where the thinly rolled dough serves something like a pillow for the filling.

However, the contents of the filling has also changed. Its basis was what was left unfinished in the evening - the remnants of sausage or seafood, cheese, vegetables, and sometimes fruit. And it is not surprising - after all, at that time the Romans were little known, and therefore unique Caucasian spices were practically inaccessible - imeretinsky saffron, utsho-suneli and fresh coriander. And without them, as well as without real homemade cheese, real Ossetian pies cannot be cooked!

Hearty nutritious lunch: which dish is better to order?

Delivery of Ossetian pies in Kiev, as well as pizza and other dishes - a convenient service, which is used by many working citizens. It allows you to significantly save time - because now you do not need to book in advance in the cafe or look for an institution with free seats. The only thing you need is what to order? Ossetian pies or pizza?

As is known, real national cuisine can be tasted only where it is prepared by representatives of a certain nationality. Naturally, there are not so many Italians living in the capital of Ukraine who work as pizza makers. Consequently, there are not many chances to try real Italian pizza from Kiev!

But to enjoy the taste of real hearty Ossetian pies is absolutely no problem! Ossetian bakery "Three pies" will deliver hot pastry directly from the oven to any area of ​​the city. And regular customers and those who like to dine with Ossetian pies - waiting for a really generous discount. Dinner with us is always beneficial, tasty and satisfying!
Товар добавлен
Перейти в корзину
Callback
Letter to the head
Sign up
Enter