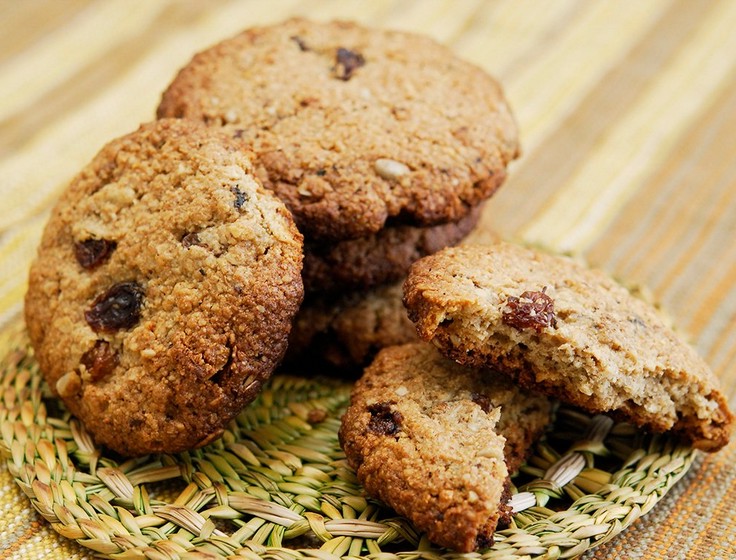 The taste of childhood that goes well with modernity cannot be confused with anything - hot tea with oatmeal cookies. This sweetness is adored not only on the territory of Ukraine, oatmeal cookies have long become a favorite in many countries of the world, from America to Australia. I wonder why is it so popular? Our team has figured out this issue and is ready to share some very interesting facts with you.
Where did oats come from?
Before examining the issue of the popularity of cookies, it is worth delving deeper into the history of creation.
Few people know, but oats were already a cult before our era. He began his journey from Mongolia and the northern provinces of China. But, interestingly, archaeologists discovered oats in the tombs of the ancient Greeks. Since oats take root quite well in different places and are not at all afraid of the cold, they were grown mainly in the north. The Greeks and Romans preferred to serve oats exclusively as animal feed, but the German tribes liked to add oats to their diet.
On the territory of Ukraine, this amazing product appeared already in the 7th century. Oats were very well consumed before wheat appeared in the cities.
How did oat cookies come about?
Even now, there are constant disputes over who was the first to make the cookies, perhaps the Americans, the Germans, or maybe the general oatmeal cookies appeared first in the Slavs. But officially, the recipe for this yummy was first found in a cookbook by a lot of famous American women. It was simple enough, and this attracted housewives.
It is also known that oatmeal cookies were made long before the publication of this cookbook. Then raisins, nuts, molasses, cinnamon and even ginger were added to it. But as it was first published in North America - this is considered the homeland. By the way, the birthday of oatmeal cookies is celebrated on April 30th.
The meaning of oatmeal cookies
Oatmeal cookies are not a simple dessert, but a whole traditional dish. For example, in Australia it is a national pride. During the war, Australian soldiers constantly took delicious oatmeal cookies with them on their way. After all, it was stored for a long time, had an unforgettable taste, was insanely satisfying and reminded the soldiers of their homeland.
Those oatmeal cookies also contained coconut flakes, and even wheat flour for satiety. Lemon zest and sugar were also often added. As time passed quickly, the cookies became insanely hard. Before eating, the soldiers initially threw it into hot milk.
What can you eat oatmeal cookies with?
It has long been a tradition to consume oatmeal cookies with milk or tea. But you need to keep up with the times and try a new combination of flavors. We advise you to take the opportunity, without wasting time, to call our bakery and order the most delicious, wellness and thirst-quenching fruit drinks of our production. On the site you can choose the most ideal taste for you. After all, the variety of species cannot but rejoice.
Also, to the famous fruit drinks of our bakery, you can order the juiciest Ossetian pies in Kiev. Only here you can enjoy the perfect traditional taste. Delivery of Ossetian pies is carried out throughout Kiev.
Товар добавлен
Перейти в корзину
Callback
Letter to the director
Sign up
Enter