Solar pies: common roots of the Ossetian and Ukrainian peoples 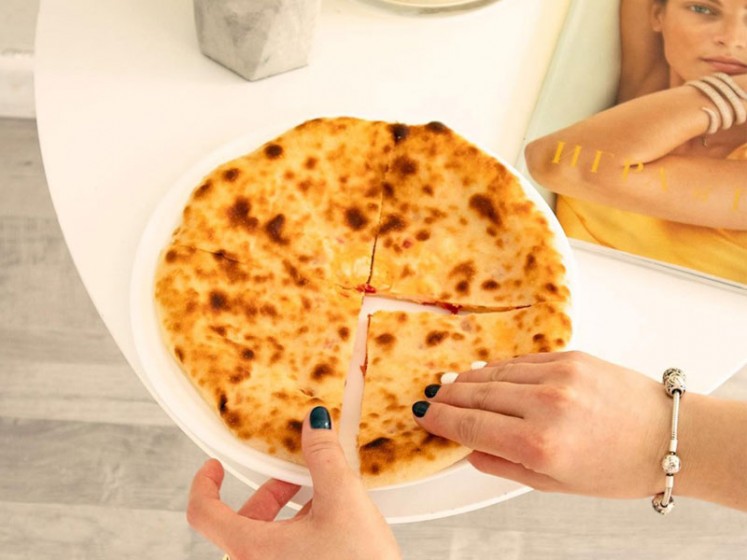 The circle is a sacred sign in almost all ancient peoples, and has retained its sacred significance even in the modern culture of their descendants. So Ukrainians and Ossetians have common ancestors - the legendary Sarmatians and Scythians who lived on the territory of these states. Their knowledge and beliefs are still alive today, manifesting themselves in sacred rituals and rites.

In Ossetia, traditional pies with various fillings are a festive dish. There should be exactly three of them on the platter, since each layer of this pyramid has its own meaning:
The cake is cut into four pieces, as if crossing it. In this case, the dish in no case can not rotate. It is believed that in this way you can change the fate of all who are at the table. Then twelve identical pieces of cut Ossetian pies are offered to guests as the main treat.

The solar circle is a symbol of fertility

In Ukraine, pies have always been a sign of fertility. Like the Ossetian pies, Ukrainian palyanitsy were the main treat at the festivals dedicated to the harvest. Cutting the pies with generous filling and treating them with all their hearts, people thanked the forces of nature - and especially the sun.
The ancient tribes of the Scythians, the ancestors of the Alans and Ukrainians baked solar cakes of cereal flour and whey of sheep milk. And when the Alans mastered farming, they, like the Ukrainians, created their own national recipes for making solemn closed pies with various fillings.

It is believed that the dough in the Ossetian pie should occupy a maximum of a quarter of the thickness, and everything else is juicy veal, homemade cheeses, vegetables, and certainly a lot of fresh greens. They are less lush and more dietary, because eggs are not used for making dough. In addition, for the Ossetian pies, the dough is rolled as thinly as possible so that it can bake in 7–10 minutes in a real wood-burning stove.

Ossetian pies are a very popular dish among Ukrainians. Skilled housewives are happy to cook their own baking. And many office workers, heads of private companies and government agencies, businessmen and representatives of other professions know that the best way to dine is to order Ossetian pies with delivery to any corner of Kiev.

Baking from the Three Pies bakery is your opportunity to have a quick and tasty snack or set the festive table for guests. The bakery menu offers a large assortment of Ossetian pies with meat, cheese, vegetarian and fruit filling. As well as several types of branded Caucasian sauces and fresh fruit juice from the berries, cooked by the hands of the chef.
You can order Ossetian pies with delivery in Kiev by the phone number listed on the website of the Three Pies bakery.
Товар добавлен
Перейти в корзину
Callback
Letter to the director
Sign up
Enter