The dough is an ancient and tasty invention 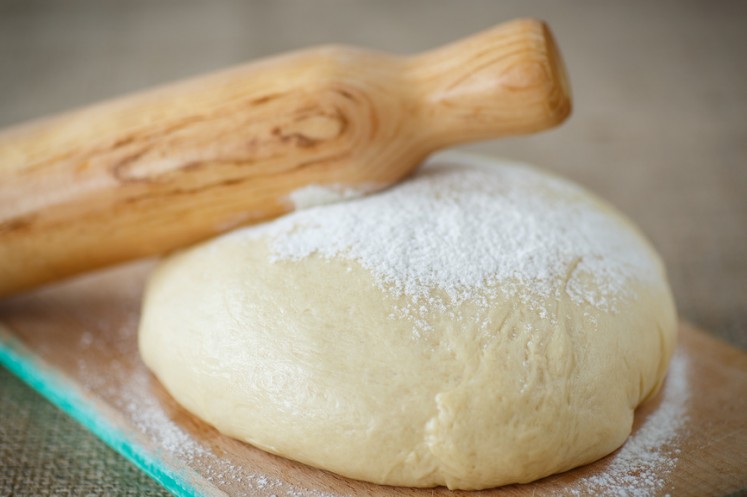 Everyone loves baking. And those who say they don’t love are simply shy. Various types of bakery products have been known to mankind for much longer than you can imagine. Archaeologists were able to get to the bottom of the ancient Egyptians, who for 4-5 thousand years BC already knew how to handle yeast and sour dough. “Bread is the head of everything,” bread is sacred and participates in many ceremonies of the most diverse peoples of the world even today, when many traditions have already been forgotten. Yeast dough was most likely invented by chance, like many iconic things in our lives. For example, penicillin was discovered when mold spores in an untreated laboratory killed virus samples. The idea of ​​a microwave was “born” when, when working with a device emitting radio signals, the engineer noticed a molten chocolate bar. So with the yeast dough, apparently, about the same thing happened. Some hardworking Egyptian brewed beer and did not keep track of how the brewer's yeast got on a flour blank lying next to it under unleavened cakes. Amazed at the resulting reaction, and just in case, having prayed immediately to all the gods of the Egyptian pantheon, he continued to conduct more focused experiments, as a result of which we have a bunch of delicious recipes using yeast dough.

Order pies at home right now while reading this article, and soon you can enjoy one of the above products!

Yeast fungi are very voracious creatures, and their favorite treat is sugar. They find it everywhere and everywhere, and in the process of eating they naturally leave processed products, but in their case it is a very pleasant alcohol and harmless carbon dioxide that raises the dough and makes it friable, providing those thousands of bubbles that make the dough full and soft .

Judging by the wall murals, the ancient Egyptians were so carried away by the process of making bread that they invented and actively used more than 40 recipes for bread from yeast dough. Well, in our bakery we are satisfied with only one, but it is ideally suited to any filling of the many available in our arsenal. Food to order from our bakery is what you need now!

In fact, finding a yeast is not difficult. It is formed in an acidic environment that can be literally figured out from anything - sour milk, beer, and bran are suitable. Interestingly, not all peoples of the world knew about this feature, and our Slavic ancestors kept a piece of dough left over from the last batch, and a new portion of yeast was bred from it.

Everything in our bakery is much simpler - we use all the available modern achievements, as long as they allow us to keep our pies completely natural, without harmful synthetic impurities. Try to call us right now and order pies with home delivery - you will definitely like our soft and tender yeast dough!
Curiously, many northern countries did not know yeast dough until the twentieth century, and ate exclusively cakes from ordinary unleavened dough. Most likely, they just never had an incident with yeast caught in the dough, or the dough was considered something bad and wrong, but the fact remains.
By the way, crops were not always the basis for flour. Ancient people made the first flour from frayed acorns and nuts, as evidenced by the findings of archaeologists. Nuts are generally a wonderful and versatile product, but, as it turned out, you can also bake bread from it.
Read our blog, place orders and be sure to leave your feedback!
Товар добавлен
Перейти в корзину
Callback
Letter to the director
Sign up
Enter