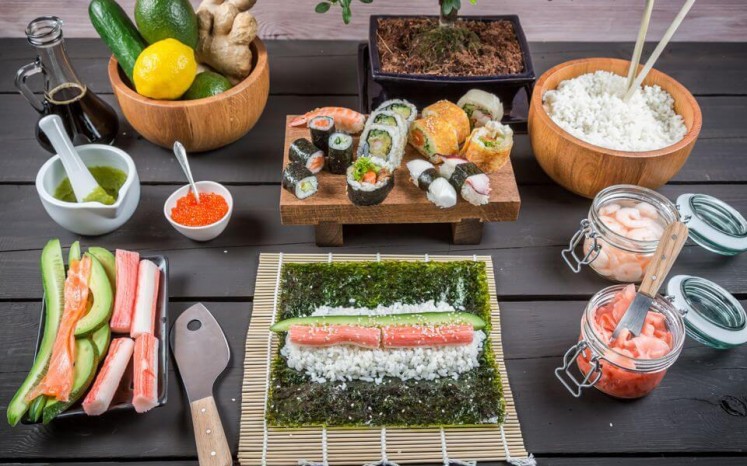 In the world, it does not happen that everyone and everyone is the same. Just as there are no identical situations, feelings, so there are no identical tastes. Yes, this fact cannot be completely denied, but nevertheless, scientists believe that it is better and more correct to say that the tastes are similar, but not the same. In the world there is absolutely nothing identical.
You may like one thing, and other people like another, and there is nothing scary or shameful about it. For example, you consider our most famous Ossetian pies of Kiev to be the most delicious invention of culinary, but your neighbor, for example, will object to you and say that, yes, they are tasty, but sushi is much more pleasant.
For days you can tell that we have the most juicy, delicious and fragrant filling. That our Ossetian pies have simply unforgettably thin pastry. That he can try our Ossetian pies for every taste. Starting salty with meat and cheese, fish, ending with sweet and vegetarian. You will also talk about our fastest delivery in Kiev, which makes these pies even tastier and better, because the waiting time is minimal. Even after eating our delicacy, the neighbor will insist on his own, because he is closer to Japanese cuisine and you can’t do anything about it.
By the way, many people are very fond of this cuisine. Often they order different dishes at home, but in fact they don’t know anything about Japanese cuisine. This is urgently needed.
It is interesting
Japanese cuisine has always impressed us with its variety and exoticism. Some people are very fond of Japanese cuisine and firmly believe that thanks to it they will live the same way as the Japanese. And they, in turn, are considered long-livers and take first place among people with a high and long standard of living.
Japanese cuisine has a lot of old and unknown traditions. What do you know besides sushi, rolls, rice and seafood? The Japanese art of culinary contains so much in itself that not even a foodie or seekers lingers on these interesting facts.
Interesting facts about Japanese cuisine
1. What product is constantly on your table regardless of the season? That's right - bread. Here is rice, for the Japanese - this is the same bread for us.
2. The Japanese are people who are trying to maintain the natural taste of products. They do not like to add extra spices and seasonings. That's the difference with us. We used to salt and pepper everything to enhance the taste of the dish. The Japanese do not support us in this.
3. No wonder most Japanese women are thin. These people eat in very small portions. We are definitely not used to these. The Japanese monitor calories and the usefulness of foods. Due to this, their stomach is not overloaded and they do not suffer.
4. How does your mother, sister, brother, husband, wife and you like to cook fish? Let me guess, most likely - fry. But the Japanese do not adhere to this method of cooking. They go expensive to steam or stew, or they serve almost raw.
5. Have you often seen jokes in films about Japanese cuisine? For example, a hero or heroine comes to a restaurant, she is served a dish, she puts a piece of the dish in her mouth and begins to chew. And only then he realizes that it is a fake. To be honest, everyone can fall into this trick. After all, Japan is also distinguished by its peculiar table setting and decoration of dishes. It is often very difficult to distinguish between food that can be eaten and which cannot.
6. We consider hamburgers, french fries junk food. Also in Japan, so-called rolls and sushi. Interesting, right?
7. Did you know that green tea is a traditional drink for people from Japan. We all heard about the Tea Ceremony, and it, in turn, occupies one of the main places in Japanese cuisine.
8. Like raw fish, raw eggs are in great demand. Already in our recipes this is quite rare.
9. And now information for people who like to drink. In Japan, it is customary to drink at each meal, this is a mandatory ritual. But there are some disadvantages. If you just ordered a drink in the restaurant, the waiter will automatically add food to your order, even if you did not want it. Eh, well, what can you do, everyone has the same rules: you need to bite alcohol.
Alcohol is not forbidden anywhere in Japan, because they treat him loyally and very well.
10. If you are very fond of fruits and are used to having breakfast, for example, oatmeal with oranges or banana, pineapple, and whatever, then you better not visit Japan until you collect enough money. After all, there fruits are insanely expensive. Therefore, they are not accepted to buy for themselves. They are often used as a gift.
Our Ossetian pies can also be used in the same way. After all, every person will be delighted with this delicious gift. Call, order and delight your near and dear ones.
Товар добавлен
Перейти в корзину
Callback
Letter to the head
Sign up
Enter